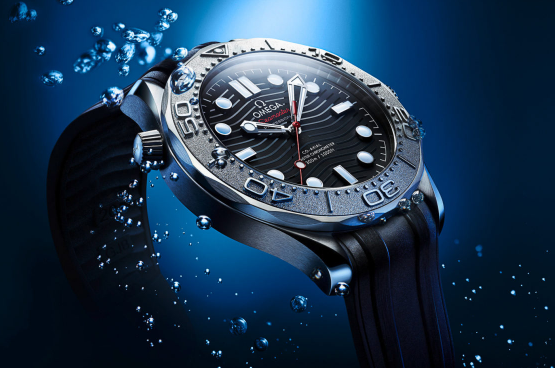 Omega, in partnership with Nekton, a UK-based non-profit research foundation dedicated to the preservation of the Indian Ocean, will continue its commitment to protecting the ocean with a new dive watch. The new Omega Seamaster Diver 300M Coaxial Axial Master Chronograph Nekton Edition features a polished and satin-finished stainless steel case with a unidirectional rotating diver’s bezel in grade 5 titanium.

In 2019, Omega and Nekton have embarked on a series of missions, called “First Descents”, to explore and protect the Indian Ocean, which will resume next year. Omega’s famous Seamaster diver’s watch and its heritage play a key role in Nekton’s mission: the foundation has even named its research submarine, the Seamaster 2, in honour of the late, legendary yachtsman Sir. Peter Blake. (Blake), a passionate advocate for the ocean and replica gmt master ii a close friend of Omega.
Raynald Aeschlimann, President and CEO of Omega, said: “Our friends at Nekton are protecting the oceans with a global goal of 30 per cent protection by 2030.” “As a pioneering brand with a long history of evolving wherever possible, we have the utmost respect for this bold, confident vision, and we’re excited to help make it happen.”

The Omega Seamaster Diver 300M Co-Axial Master Nekton Chronograph features a laser-etched black ceramic dial with a matte finish and a polished wave pattern in positive relief. The unidirectional rotating diver’s bezel is made of grade 5 titanium, replacing the LiquidMetal normally replica cellini used on the Omega Seamaster 300 model, and its laser-etched 60-minute dive scale features silver-coloured Arabic numerals in positive relief and the traditional triangular marker at 12 o’clock.
The back of the watch is engraved with an embossed Nekton submarine medallion, the words “NAIAD LOCK, DIVER 300 M” and the watch’s water resistance in recognition of the collaboration.